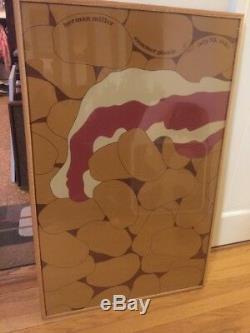 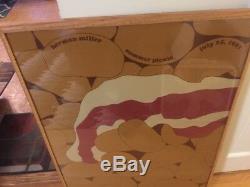 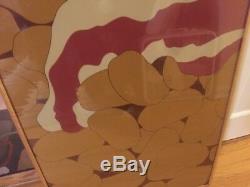 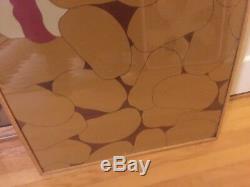 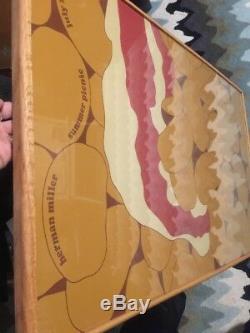 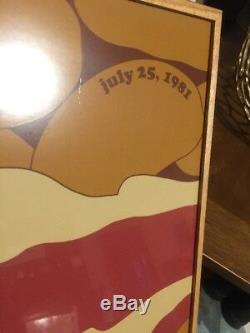 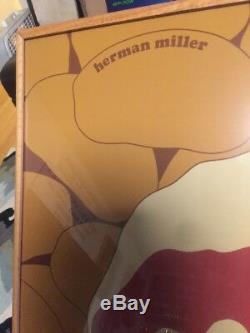 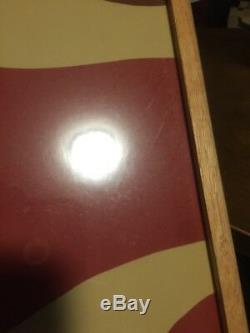 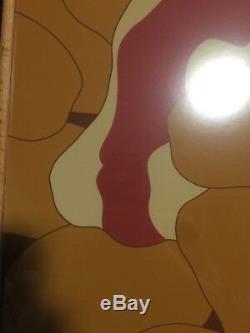 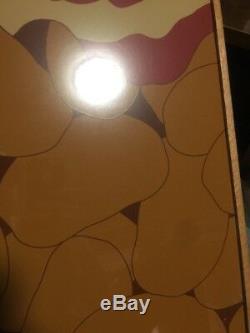 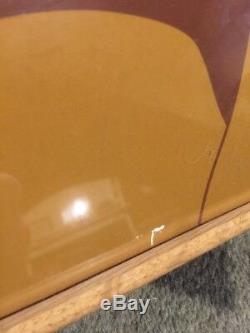 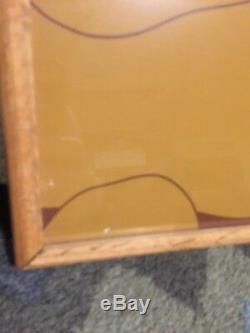 RARE Vintage Herman Miller Summer Picnic Poster Baked Beans with Bacon July 25, 1981 - Steve Frykholm. POSTER IS MOUNTED TO FOAM BOARD! Stephen Frykholm Herman Miller Furniture Company (United States). Screenprint with lacquer finish on wove finish. It is an original and NOT one of the 1983 remake edition.

Below info is from site. Steve Frykholm, Herman Miller and the Picnic Posters.

In 1970, the Herman Miller Furniture Company hired a Cranbrook School of Art graduate named Steve Frykholm as its first in-house graphic designer one of his first jobs was to create a poster for the firms annual summer picnic. In a new film, Frykholm tells the story of how his series of screenprints developed over 20 years. Profiled in Herman Millers online magazine, WHY, Frykholm is also the subject of The Picnic Posters, a short documentary by Dress Code which profiles his work at the furniture company in the 1970s and 80s (you can watch it below). After 45 years, Frykholm remains a Herman Miller employee to this day and is now its vice president of creative design.

In the late 1960s, following two years teaching in Nigeria with the Peace Corps, Frykholm went to Cranbrook School of Art to take an MFA in design. After that, I wanted to work on either coast just get me out of here! He tells Amber Bravo on the WHY site.

New York, LA, San Francisco thats where it was happening. In fact, Frykholm remained in Michigan When you get a job offer at Herman Miller, you have to at least give it a whack, he says and from 1970, the esteemed company where Charles and Ray Eames, Alexander Girard and George Nelson had built their reputations became the place where Frykholm would also make his name. In the film, Frykholm says that the picnics at Herman Miller had been an annual tradition since the 1940s. When he arrived at the offices he was asked to design a poster for the forthcoming summer party and came up with the Sweet Corn Festival design, shown above.

Over another 20 editions, Frykholm tackled the seven layer salad; various fruits and desserts; and also an ice-cream cone which featured type sprinkled on top like chocolate chips. Its perhaps not surprising that MoMA soon added some examples from the series into their permanent collection. Asked by Bravo how it feels to have been at the company for nearly half a century, Frykholm is reflective.

It just happened, he says. I ran into a former colleague who retired several years ago and he said, How are things at Herman Miller?

And I said, Well I got to tell you man, I wish I was ten years younger so I could ride this sucker a little longer. To celebrate his time at the company, Frykholm has also recently reprinted his first poster again. The process is still something he enjoys doing, as he explains in the film.

For the designer, the three-colour screenprint is essentially a sequence of events, says Frykholm, where the printer works with one colour at a time. When that last colour goes on its better than you imagine. The item "RARE Vintage Herman Miller Summer Picnic Poster Baked Beans 1981 Steve Frykholm" is in sale since Thursday, August 30, 2018. This item is in the category "Art\Art Posters". The seller is "clothesbeautymore" and is located in Lenox, Massachusetts.